The list of nominees was announced by BASCA in association with PRS For Music last week at an event in central London.

First to be unveiled was Michael Kiwanuka’s Black Man In A White World, which was nominated in the category for Best Song Musically And Lyrically. The Polydor-signed artist’s track, written by Kiwanuka and Dean ‘Inflo’ Josiah Cover, is up against Laura Mvula’s Overcome (feat. Nile Rodgers) and Telomere by Mystery Jets.

A$AP Rocky and Mura Masa’s Love$ick will go head-to-head with Skepta’s Man and Sexual by Neiked (feat. Dyo) in the Best Contemporary Song category. The Album Award will be contested by Kiwanuka, for Love & Hate, Nick Cave’s Skeleton Tree and Mvula’s The Dreaming Room.

Coldplay have two songs – Adventure Of A Lifetime and Hymn For The Weekend – contesting the PRS For Music award for Most Performed Work. Adele’s When We Were Young, written with Los Angeles-based songwriter Tobias Jesso Jr, is in the same category.

High-Rise, Kubo And The Two Strings and My Scientology Movie are up for Best Original Film Score, while Best Televison Soundtrack sees The Collection up against The Witness For The Prosecution and War And Peace.

BASCA chair Crispin Hunt said: “BASCA’s nominations for the 62nd Ivor Novello Awards are as diverse and impressive as the contemporary UK music scene itself.  As the only peer nominated music award ceremony in the country, we’re especially thrilled to be honouring such a cool selection of both emerging and established nominees; they are the true architects of the music we love, and reflect the creative global force that is British music writing. Our congratulations go out to everyone nominated today.”

Villagers, James Bay and Snakehips were among the winners at last year’s event.

Everyone has to start from somewhere, if you want to hone your songwriting with award-winning producer Benny D, click here to find out how London Artist Development could help you get on the road to winning a Novello for yourself.

It’s clear to see that in 2017, the music industry continues to be intensely competitive. More music is being streamed for free or at a low-cost and everyday, thousands of podcasts, online radio shows and songs are uploaded to the internet.

In 2016 alone, for every minute of the day, around 38,052 hours of music was listened to on Spotify. Over the course of the year, this totals up to over 20 billion hours of music being listened on Spotify alone.

For music fans, access to great albums has never been easier. Listeners now have more choice than ever to stream audio using a range of ‘all-you-can-eat’ services such as Spotify, Bandcamp & SoundCloud.

Due to the increased connectivity of the internet and rise in content distribution options for musicians, there has been a shift in the industry from large mainstream record conglomerates, to smaller, independent record labels.

What has enabled this fundamental change? Social Media and Mass Music Streaming Platforms.

Social Media platforms have given musicians more control over the distribution of their music and through the use of services such as Bandcamp, many artists now have the option to bypass the industry conventions completely.

This phenomenon of small-scale indie publishing and the increased bargaining power for music listeners has ultimately led to a saturated and highly competitive environment for music artists.

In today’s digital music environment, the threat of substitution is high. Artists must not only compete with other contemporary musicians but also with the recorded archives of popular bands such as The Beatles, Michael Jackson or Adele, whose complete back catalogues are easily available to stream online for free.

Tips for Musicians to Succeed Across Social Media Channels

Please get in touch to find out how Powerstudio and L.A.D. can help you build your social media platforms.

Stormzy’s back after his massive debut no.1 album ‘Gang Signs & Prayer’.

Well A&R actually stands for “Artist and Repertoire” They are employed by the record company and are responsible for scouting out and signing new artists and singers, and are even responsible for finding songs for their artists.

A&R scouts have to keep up to date with new music trends and have to have an excellent knowledge and understanding of the music scene today. A&R scouts will typically spend a lot of time on the internet and looking through magazines and newspapers looking for new and talented acts. These day’s it’s less and less about going to see acts live in the the flesh. Why? Because nearly all of new acts have online material. This is why your online presence is so important. The scout will first refer to your online repertoire and if they are impressed by that, then they will come down to your gig.

A&R requires you to be seen at a lot of important gigs and to know the right people, and therefore can be seen as glamourous. Therefore there is a lot of competition to become and A&R scout. It’s no wonder that lot’s of new scouts often start unpaid working long hours. Most scouts will start work at a record label on an internship basis. Simon Cowell famously started in the mailroom. It is possible to earn a good income as a scout, and if your very lucky, earn a lot of money.

Welcome to the London Artist Development (LAD) Programme website.  Here you will see who we have been working with and how you can too be a part of LAD.

Enjoy the rest of the site and feel free to contact us with any queries.

Jaz Ellington, one of our Artist’s at LAD (London Artist Development), thrilled us last year with his stunning run on BBC’s, The voice. He wowed Judges with his smooth gospel influenced vocals and even brought a tear to Judge Will.i.am as he sung an encore of, John Legend’s Ordinary People. He was the favourite to win the show for weeks on end and it was a huge surprise to everyone at LAD and around the Uk when he was beaten at the last leg. However, Jaz came out the show with a huge amount of credibility and has since gone on to carve a career in the music industry. Jaz has recently just finished his new single, Then you came along which features East London Grime Artist, Ghetts. The song is no doubt a smash hit with it’s intrepid mix of Grime and Gospel music with an emotional Rocky edge. Jaz is currently away in America with the legendary J-Lo, but when he gets back be sure that he’ll be back in the studio writing and recording more fantastic songs for the release of his debut album.

LAD has successfully had several artists do we’ll on The voice, and this year should be no different. We have just put another one of its Artists in for the new series of, The Voice 2013, so keep your eyes peeled for the talent that is, Alice Fredenham.

The London Artist Development programme is run out of Powerstudio in Fulham, West London and has produced award winning artist such as Paloma Faith and Plan B. If you would like to get onto the LAD Programme, why not get in touch? 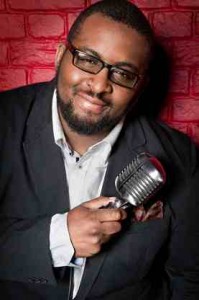 Jaz Ellington from the BBC’s The Voice

One of Malaysia’s biggest artists and celebrities, Sarimah Ibrahim, is to collaborate with one of LAD’s newest artist’s Simon J Bailey.  Simon came to us a couple of month’s ago with a great voice, bag’s of determination and a huge following on social media, which is hugely impressive when you don’t have a record company behind you.  Simon opened up for Whitney Huston on her last UK tour before she sadly passed away and all of this combined has thrust him into the limelight at LAD. We all look forward to his collaboration with Sarimah Ibrahim. She herself has been singing for many years and has a very decorated career. She has been voted Malaysia’s Best New Artist, FHM’s Sexiest Women in the World Poll to presenting National TV and Radio. 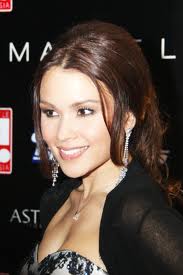